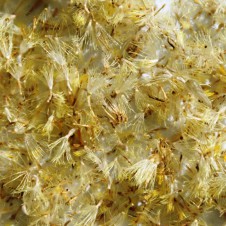 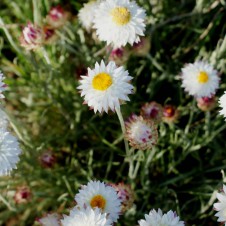 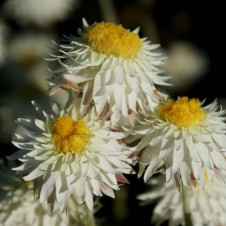 Flowers and Fruit: Yellow, ‘daisy flowers’, to 40 mm across, showy, yellow flower-heads are surrounded by white papery bracts held on stems above the leaves, flowers September to February.

Life Span: Although perennial, this species dies back over summer and the plant survives as a perennial rootstock. Individual plants probably live for only a few years, and plant numbers can fluctuate widely between years. This species produces many small, short-lived seeds that are dependent on the presence of bare ground, free from heavy competition (particularly from grasses) for germination and establishment. In some areas, some disturbance is required for successful establishment, and seedlings often appear on areas that have been scraped.

Other Values and Uses: A very attractive rockery or container plant, it is useful as a cut or dried flower and looks lovely in wildflower areas. Prune hard after flowering if you need to promote bushiness.

Germination Information: Usually grows well in a few weeks without any treatment but germination increases with light so it is good to surface sow or only cover lightly with soil.